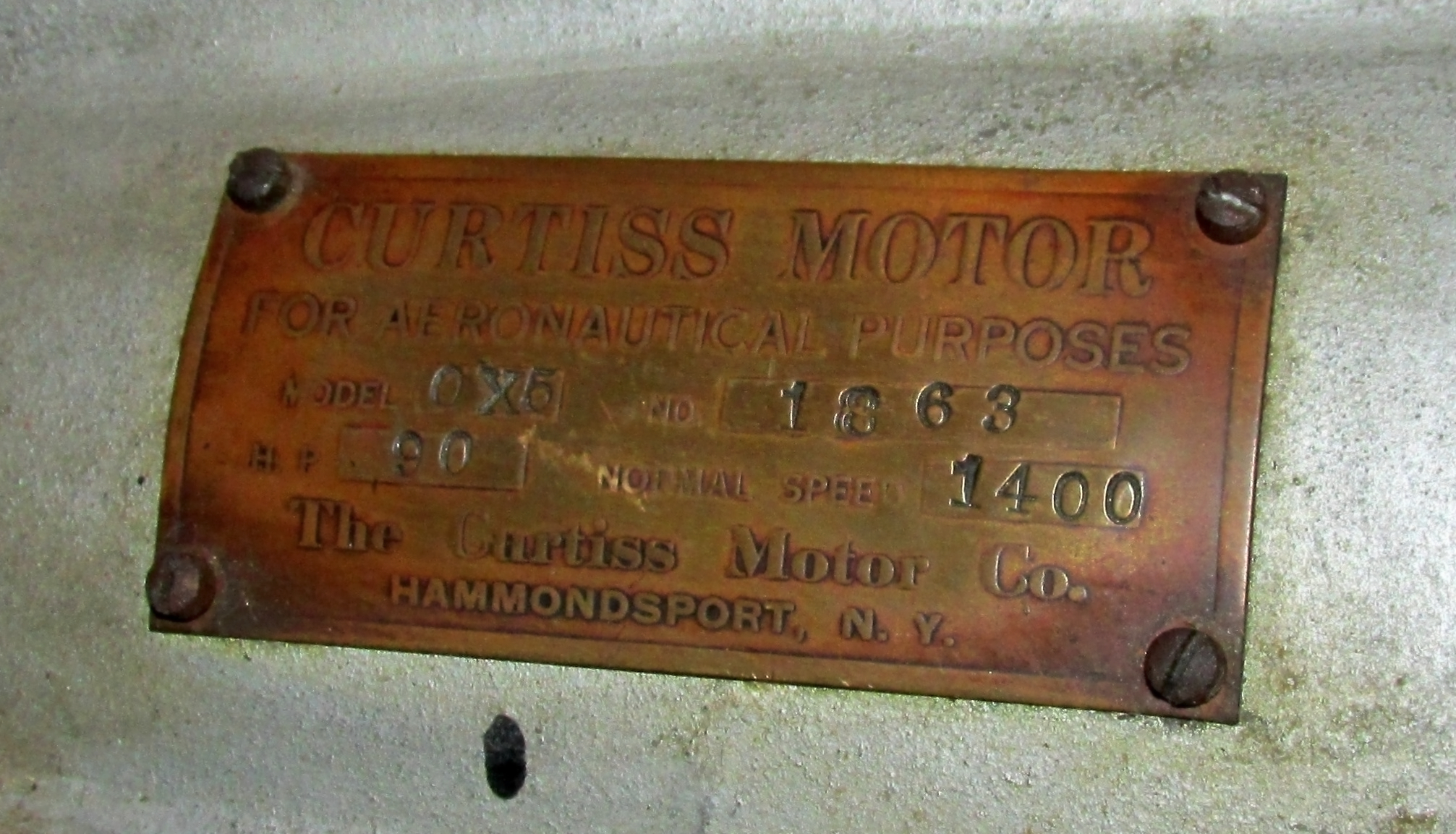 Cliff Ball Wing Members are shown investigating the very complete OX5 engine no. 1863 with a double struck 8 on the plate.  The engine is hidden away in a Pittsburgh carriage house.

The OX-5 was not considered particularly advanced, nor powerful, for its era. By this time, rotary engines such as the Oberursel or Gnome-Rhone were producing about 100 hp, and newer  engines such as the Mercedes six cylinder inline were becoming available with 160 hp  or more. Nevertheless the OX-5 had fairly good fuel economy as a result of its slow RPM, which made it useful for civilian aircraft. The OX-5 was used on the Laird Swallow, Pitcairn PA-4 Fleetwing II, Travel Air 2000, Waco 9 and 10, the American Eagle, the Buhl-Verville CW-3 Airster, and some models of the Jenny. The primary reason for its popularity was its low cost after the war, with almost-new examples selling as low as $20. It was often used in boats as well as in aircraft. It took America many years to rise to the top of the world’s aircraft engine producers thanks to our great engineering capability. But, it was the lowly OX-5 which led the way.
Specifications:  Curtiss OX-5
Type: 8-cylinder water-cooled 90° Vee piston engine