Buehl was a member of the so-called “Ancient and Sacred Order of Quiet Birdmen” (QB). This is a more-or-less secret club made up of men who are nominated by peers for membership and whose membership was approved unanimously. Membership included men such as Eddie Rickenbacker and Charles Lindbergh, who found that it was possible to relax among this group of other aviators whom they regarded as peers. The word “Quiet” in the name is ironic, since this group was really formed as a men-only drinking club for aviators. In 1921 the original QBers were thrown out of the first place they met (Marta’s Restaurant, Greenwich Village in New York City) because they were so noisy. The organization continues to exist and is now appears to be made up largely of military fliers and astronauts.

The Quiet Birdmen is an invitation-only club.

Ancient and Sacred Order of Quiet Birdmen was a source of information about this organization but the webpage seems to have disappeared. The English Wikipedia has a very nice article.

Buehl also belonged to the OX5 Club. Although Buehl came to the United States as a leading expert on the BMW IIIa engine, he later became known for his association with the OX5. Undoubtedly, this came about because the first plane Ernie ever personally owned was powered by an OX5.

Buehl was present at the first general meeting of the OX-5 Club, held at Latrobe Airport on August 27, 1955, and he was among the first to apply for membership. His membership number was 17. 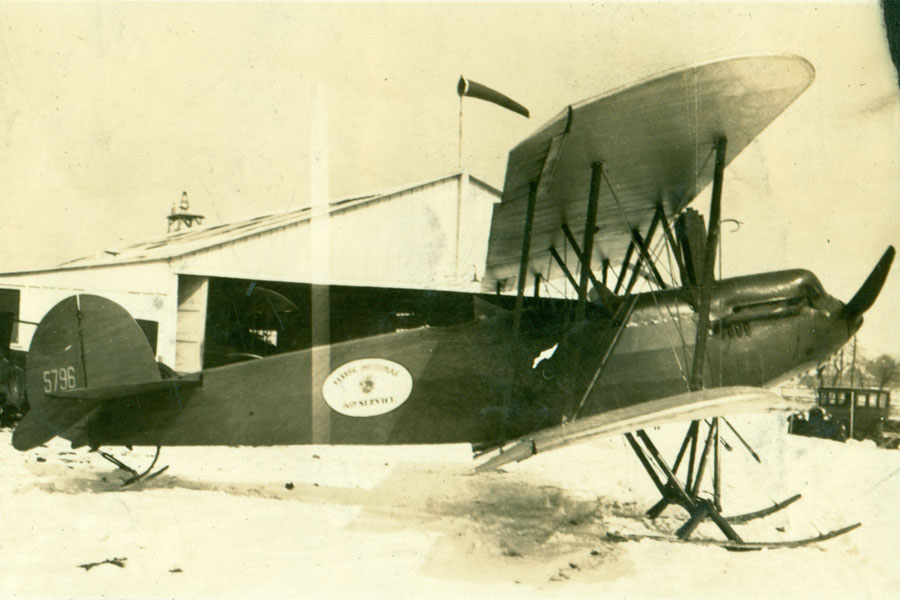 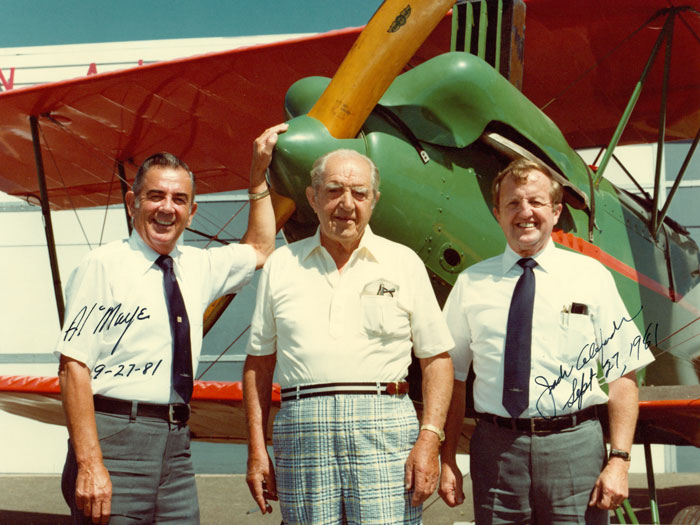 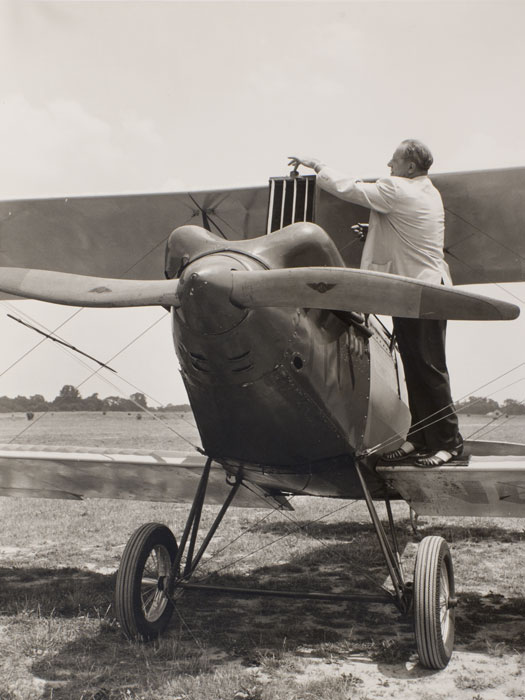 Ernie checks the radiator cap on his plane at Buehl Field in Eddington, Pa circa early 1960s. 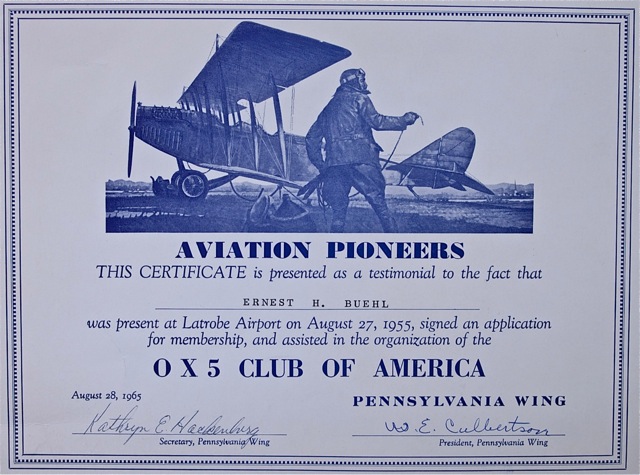 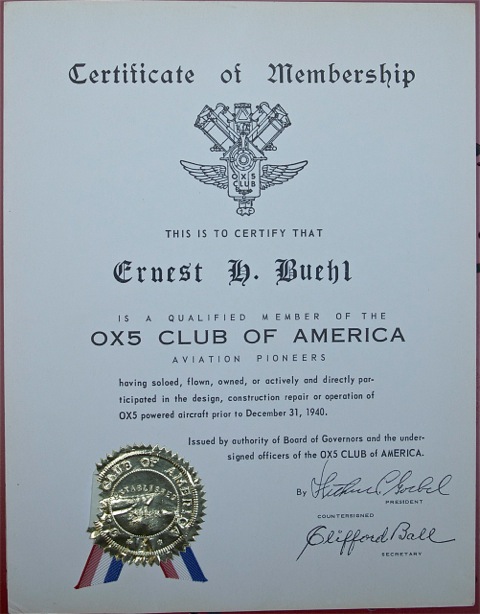 Ernie Buehl flying his 1927 Challenger (Fairchild KR-31) over Pennsylvania circa 1950s. The plane was painted red with white wings in those days.