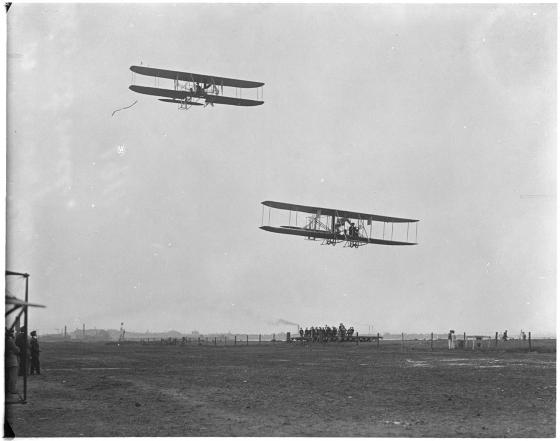 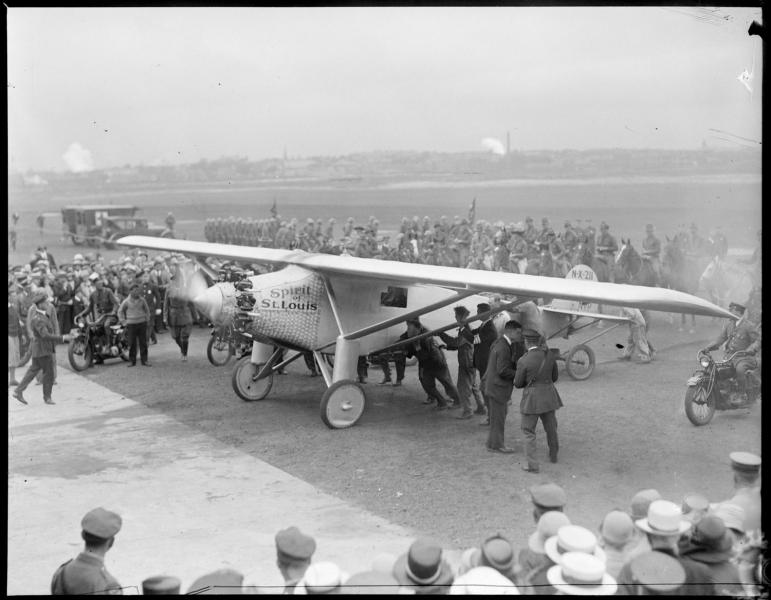 Click on the above link to view some great aviation photos by Leslie Jones that are now in the Boston Public Library.

Click on an image tag in the right box.  example  biplanes

Biplane photos will then appear if Jones took a picture in the 20s or 30s.

He snapped 40,000 pictures (mostly glass negatives) of which 660 were aviation related.

Lindbergh’s airplane, the Spirit of St. Louis, was unique.  Dubbed a “flying gas tank,” the plane could hold more than 450 gallons of fuel.  It had a 223 HP radial engine, a 45-foot wingspan and got about 10 miles to a gallon, giving it a range of 4,200 miles.  The plane, engine and pilot weighed only 2,500 pounds, but a full load of gas weighed 2,700 pounds, more than doubling the weight of the plane.  To keep the weight down, Lindbergh left off the radios, the brakes, the pilot’s parachute and even the front window (which he replaced with another gas tank).

Once the plane was finished, Lindbergh flew it from San Diego to New York to make sure it worked properly. That flight set a record in itself.